Unfortunately, there is no cure for periodontitis. However, the goal of treatment is to stop the progression of gum disease and bone loss and get your mouth to a healthy state. The main cause of periodontitis is bacteria, but other factors also affect the health of your gums and can increase the likelihood of you developing periodontitis.

Research has demonstrated that some people are genetically susceptible to gum disease and periodontitis does run in families. For these people, despite excellent oral hygiene, they are more likely to develop periodontitis. While to date there is no valid test that can predict if you are at an increased risk of developing periodontal problems, ongoing research is dedicated to this area with a goal of determining what genes contribute to periodontitis susceptibility. Additionally, this is a special research interest of Dr Weiner.

Tobacco users are at an increased risk of developing periodontitis. Studies have shown that tobacco use is one of the most significant risk factors in the development and progression of periodontitis. In fact, smoking increases your chance of losing teeth by 700%! Smoking has a myriad of negative affects throughout your body and in your mouth, but paramount of these is delayed wound healing. Luckily, research points out that if you are able to quit, you can restore your healing capabilities and increase your chance of success of all types of oral surgery, including dental implants.

SYSTEMIC DISEASES
The link between periodontitis and a myriad of systemic diseases has been a hot research topic as of late. While no causal links have been established, we do know that several systemic diseases that interfere with the body’s inflammatory system (such as cardiovascular disease, rheumatoid arthritis, and diabetes) worsen the condition of the gums. In particular, diabetes has been closely linked with periodontal disease progression. Diabetic patients are more susceptible to periodontitis, although level of susceptibility is correlated with the stability of blood sugar. Thus, if blood sugar levels remain well-controlled and stable the effect is negligible. 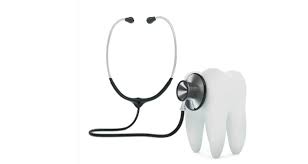 Research has shown that obesity may increase the risk of periodontitis. Additionally, diets low in important nutrients can compromise the body’s immune system, making it more difficult to fight off infection. As periodontitis begins as an infection, malnutrition can worsen the condition of your gums.

Research has shown the stress impairs the body’s ability to fight of infections, including periodontal diseases.

While growing older doesn’t cause one to develop periodontitis, data support that older people have the highest rates of gum disease. Specifically, recent data from the Centers for Disease Control and Prevention indicate that over 70% of Americans age 65 and older have periodontitis. It is likely these figures translate to the Australian population.