It is widely accepted today that dental implants are a safe, effective, and predictable treatment option, with average implant success rates between 95 to 98 percent.  Traditionally, implant success has been a subjective criterion, based on things like the Albrektsson criteria for implant survival. But “survival” means a lot of different things to different people. Knoerschild et al. pointed out how a major deficiency in the literature to date has been limiting our implant success criteria to implant “survival,” versus focusing on implant “success.”  Paramount of “success” is a patients perceptions of their restorative outcome.  As surgeons, we typically see our patients for implant placement, a 2 week post-operative appointment, and then after the final restoration has been delivered – but what happens to our patients implants after they leave our office and return to the referring dentists?  Several studies have highlighted the importance of good prosthetic maintenance throughout the lifetime of an implant, as prosthetic components have the greatest incidence of complications.

In a follow-up study, Goodacre (2003) showed that the most common implant complications (those with a greater than a 15% incidence) were loosening of the overdenture retentive mechanism (33%), implant loss in irradiated maxillae (25%), hemorrhage-related complications (24%), resin veneer fracture with fixed partial dentures (22%), implant loss with maxillary overdentures (21%), overdentures needing to be relined (19%), implant loss in type IV bone (16%), and overdenture clip/attachment fracture (16%). Abutment screw loosening was detected in 6% of the prostheses and was found to be as high as 45% with implant single crowns. The average loosening with implant single crowns that used early screw designs was 25%.

Figure 1:  Prosthetic implant complications can be divided into 3 categories: esthetic, hygienic, and functional.  The diagram above shows possible functional complications caused from increased stress on the implant.

Several studies have attempted to answer this question. In early studies, abutment screws were made of titanium, and devices capable of providing counter torque during tightening were not available. However, it appears that this problem was solved through the use of gold alloy abutment screws that yield a higher screw preload when correctly torqued. Goodacre (1999; 2003) proposed causes of post prosthetic failures including: poor oral hygiene, unfavorable load situations, and framework misfits. Today, proposed causes of screw loosening include poorly fitting frameworks, bone remodeling, release of pretension in the screw joint, reduced clamping force and screw joint movement, and heavy occlusal forces.

To address these common prosthetic problems, newer abutment screw designs have focused on increasing the screw joint preload.  In this context, the replacements of gold screws with screws that feature improved surface coatings such as titanium has reduced the incidence of screw loosening (which has been shown to lead to screw fracture).

When looking at metal–resin implant-fixed complete dental prostheses, the most frequent prosthesis-related technical complication reported was veneering material chipping/fracture, with estimated annual complication rate of 6.7%. However, meta-analysis revealed estimated complication rates of 33.3% at 5 years and 66.6% at 10 years, highlighting the high incidence of this problem.  Veneer fracture has been attributed to material failure, prosthetic design issues, para-functional habits, and laboratory errors.  This high incidence of acrylic resin chipping/fractures in fixed implant prostheses may indicate that this complication cannot be completely avoided; however, luckily, it can be easily repaired.

Today, it is generally accepted that implant-supported fixed restorations clinically perform without major problems. However, the effects of load transfer to prosthetic parts is important to consider during the treatment planning process to try and minimize prosthetic complications. It is important to understand bending moments and try and minimize them as much as possible when determining prosthesis design. In 1989, Rangert et al. discussed the two main types of loading of the anchorage unit as axial force and bending moment.  The authors defined a bending moment as: Bending moment = Force x Lever Arm. This illustrates the principle that if the majority of forces on an implant are axially directed, no implant failures will normally occur. However, if loading on the fixtures consists mainly of bending moments, the mechanical load of the system may be excessive. Thus, the correct placement of implant fixtures is paramount in minimizing bending moments. In an osseointegrated implant placed in good position and in good bone quality, the weakest point in the system should be the screws, which break or loosen as essentially a safety feature. (Rangert et al., 1989)

Thus, by reviewing the studies listed above we can see that the causes of many biologic and technical complications are not yet fully understood. Unfortunately, clinicians are selecting treatment options based on personal experience and observational studies because to date the quality of evidence based information is weak.  However, it is important to understand the causes of common prosthetic related problems associated with implant supported restorations and understand how to address them. For example, if a screw were to loosen in a single-unit implant-supported fixed restoration, the clinician would need to change the screw and check occlusal contacts to see if occlusal overload was contributing to this problem. Likewise, if the same situation happened on the distal implant of a fixed denture, it would be important to evaluate the length of distal cantilever and reduce it, as likely this is what is etiologic in loosening.  Thus, biomechanics is one of the most important considerations affecting framework design for an implant supported prosthesis.  It MUST be analyzed during diagnosis and treatment planning as it may influence the decision making process, which ultimately reflects the longevity of the implant supported prosthesis.

By continuing to educate ourselves on possible prosthetic complications of implant supported prostheses we mature as clinicians and are able to continue providing our patients with the highest level of interdisciplinary care.  For questions about this information please feel free to email me at whitney@thesmilesurgeon.com. 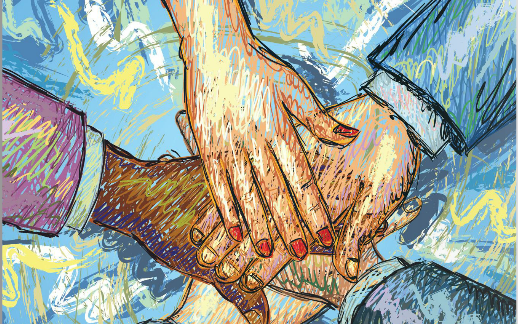